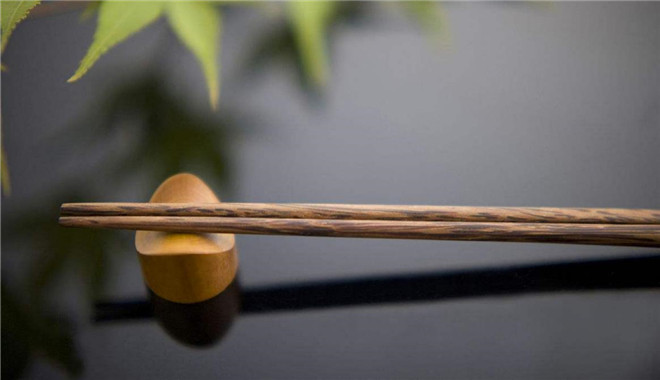 According to historical records, the Chinese started eating with chopsticks around 4,000 years ago. A pair of chopsticks found in an ancient burial site in southern China in 1974 is much longer than the ones currently in use, which are about 25 cm long. The chopsticks are mostly made of bamboo or wood, some even made of ivory or silver. Mostly they are of pure color, but often also decorated or varnished with floral patterns.

In the Qing Dynasty, the chopsticks used by the emperor, his family, and the high officials in the palaces or residences were decorated with carvings made from dragon and phoenix patterns. Chopsticks are made all over China today. However, those made from Tianzhu wood from Hangzhou, Zhejiang province, those made from woman wood (diospyros ebenum) made from Guangxi and the lacquered chopsticks from Fuzhou, Fujian province are particularly popular because of their beautiful shape and good quality. 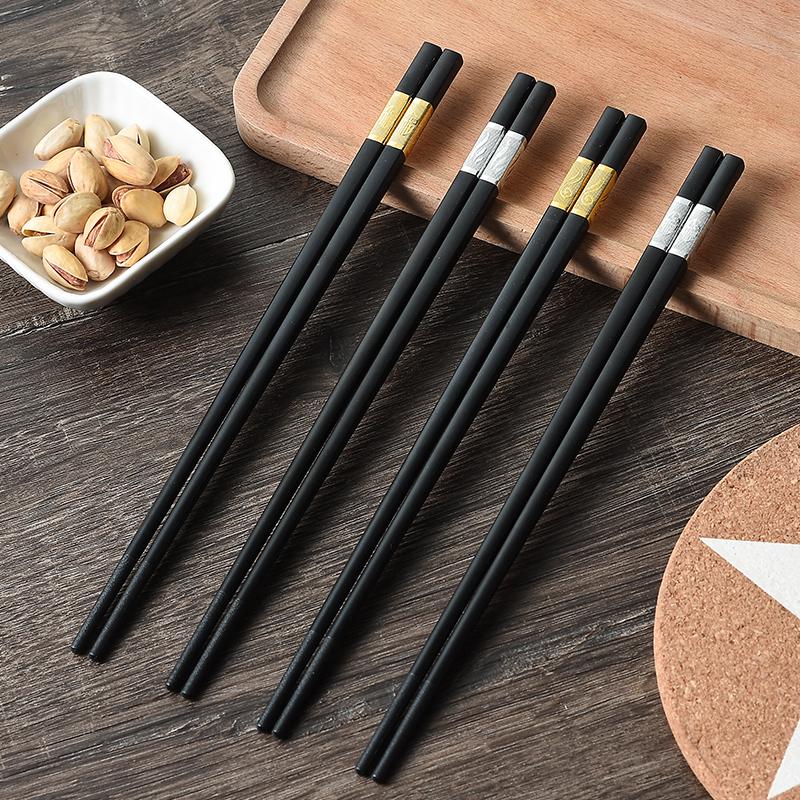 Today, chopsticks are often made from bamboo, a fast-growing material. 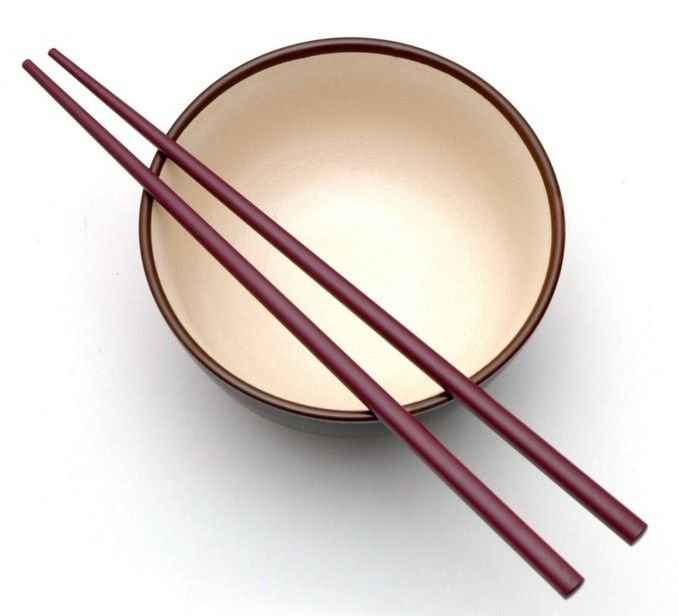 When serving, the chopsticks lie on the table in a vertical direction to the seat, while the serving chopsticks, which are used to serve each guest on the plate, lie in a parallel path. The chopsticks should be close together and not protrude over the edge of the table. After eating, they are also placed side by side neatly on the plate.

From an early age, the Chinese learn to eat with chopsticks, and at the age of 5 to 6, they can use them skillfully. When eating, the two sticks are clamped between the thumb, index finger, middle finger, and ring finger in parallel. While one stick remains between the tip of the ring finger and the bend between the thumb and index finger, the other is moved with the index finger and middle finger. So you can open and close the tips of the two sticks and thus grab a bite. A good chopstick eater should be able to guide a pea from plate to mouth with the chopsticks. Peanuts are also perfect for practicing.

From experience, I can say that it is not so important to hold the chopsticks correctly. The main thing is that you get full! When watching Chinese children eat, I often find that I am not much worse. It gets better over time. At some point, I was so far that I could no longer imagine not eating rice dishes with chopsticks.

I could often observe how the food bowl or bowl is led to the mouth while eating quickly, and the tightly held chopsticks are used to push or “spoon” the food into the mouth.

You can get these disposable chopsticks now and then in Chinese restaurants in Germany. The cover kindly explains how to hold and use the chopsticks. 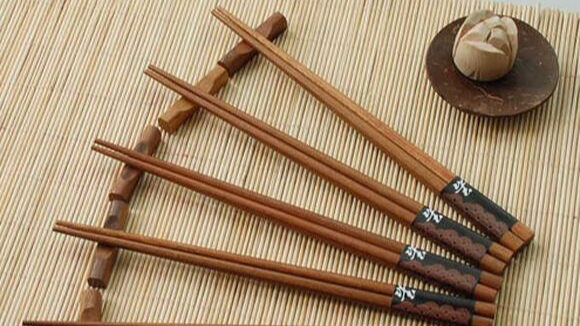 For Europeans, handling the chopsticks is unusual and challenging. But there are also severe mistakes that can be made if you eat delicious food with chopsticks with Chinese friends. Here is a list of the taboos that need to be considered:

When you put the chopsticks on the table, the tips should always point away from you. They must not cross each other or be precisely parallel. That brings misfortune. But they must also not lead to your counterpart. This is considered rude and acts as if you criticize this person. The same applies to the index finger. You shouldn’t use it to guide the chopsticks, because then it would always point to other people at the table.

Chopsticks should not be pulled or licked through the lips or mouth, only with a napkin if necessary.

Don’t knock bowls or plates with your chopsticks! With this, beggars used to draw attention to themselves.

Under no circumstances should chopsticks be placed vertically in a rice bowl. You only do this at funeral services when you offer a bowl of rice to your ancestors.

Also, please do not rummage in the bowls with the chopsticks to find what you like best. Shoveling the food into your container or even picking it out with just one stick is considered very unmanlike.

The Chinese tolerate the bad eating manners of Westerners, just like children. So see everything easily.

Chopsticks in Korea and Japan

In the 7th century, the chopsticks came from China to Korea and Japan. The chopsticks used there are somewhat shorter than the Chinese ones. They are also a bit more pointed.

Back to Glossary Index Page